Hockey is the Goal 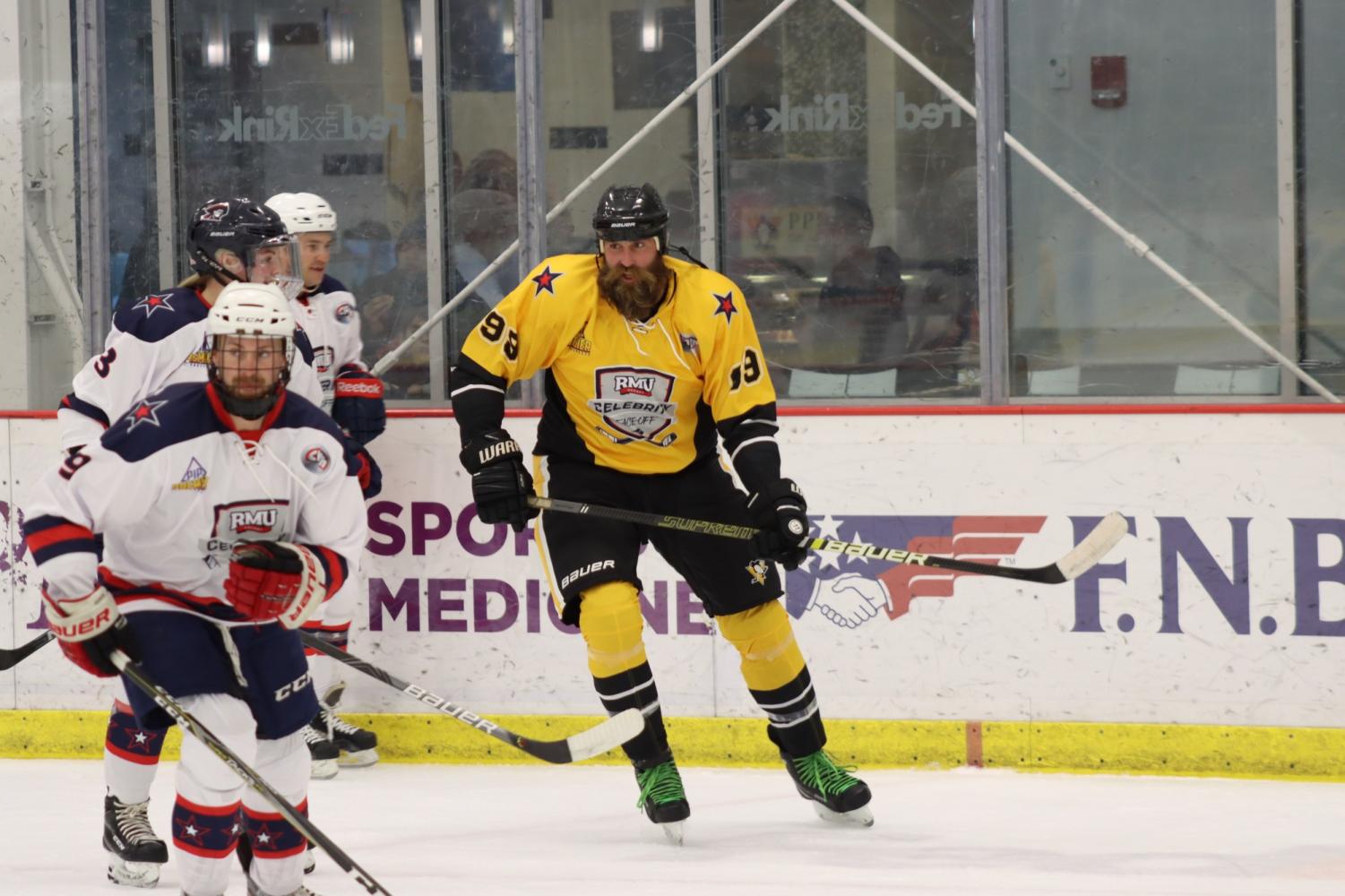 On May 26th, Robert Morris University, announced that it was eliminating the NCAA Division I men’s and women’s ice hockey programs effective immediately. The announcement was a complete surprise.

A group of alumni immediately began working towards the reinstatement of the programs. The Pittsburgh College Hockey Foundation was created in July. Through discussions with the University, an opportunity to fundraise the programs back was created.

In mid-July, fundraising started. On August 18th, the Hockey is the Goal campaign was announced. The campaign was a partnership between Robert Morris University and the Pittsburgh College Hockey Foundation. The required a total of $2.8 million dollars be pledged or donated by December 15th for the programs to be reinstated.

The Foundation and the University began fundraising efforts immediately. Events were held and momentum began to build. In addition to collecting donations and pledges, season ticket commitments were also being pursued. On November 1, the fundraising total was just under $1.0 million. On November 7th, the University hosted the First Annual RMU Celebrity Hockey Faceoff. The event was a sellout and generated over $70,000 in proceeds. Momentum continued to build but the fundraising was still well short of the objective, sitting at approximately $1.6 million on December 1st.

It was clear that a strong finish was needed for these programs to be reinstated. That strong finish occurred. In the final two weeks of the campaign, over 300 separate donations and pledges were made. Over $1.2 million in donations, pledges and future income were collected, signed and identified.

By the December 15th deadline, over $2.8 million dollars had been raised or identified. Over 750 donors had participated. Thousands of people attended events and participated in fundraisers. Over 500 season tickets had been committed.

On December 17th, RMU announced at a press conference at the RMU Island Sports Center that it would reinstate its NCAA Division I men’s and women’s hockey programs for the 2023-24 season.

The greatest comeback in Pittsburgh sports history was complete.

The chart below shows the cumulative total pledges and donations by day during the Hockey is the Goal fundraising campaign. 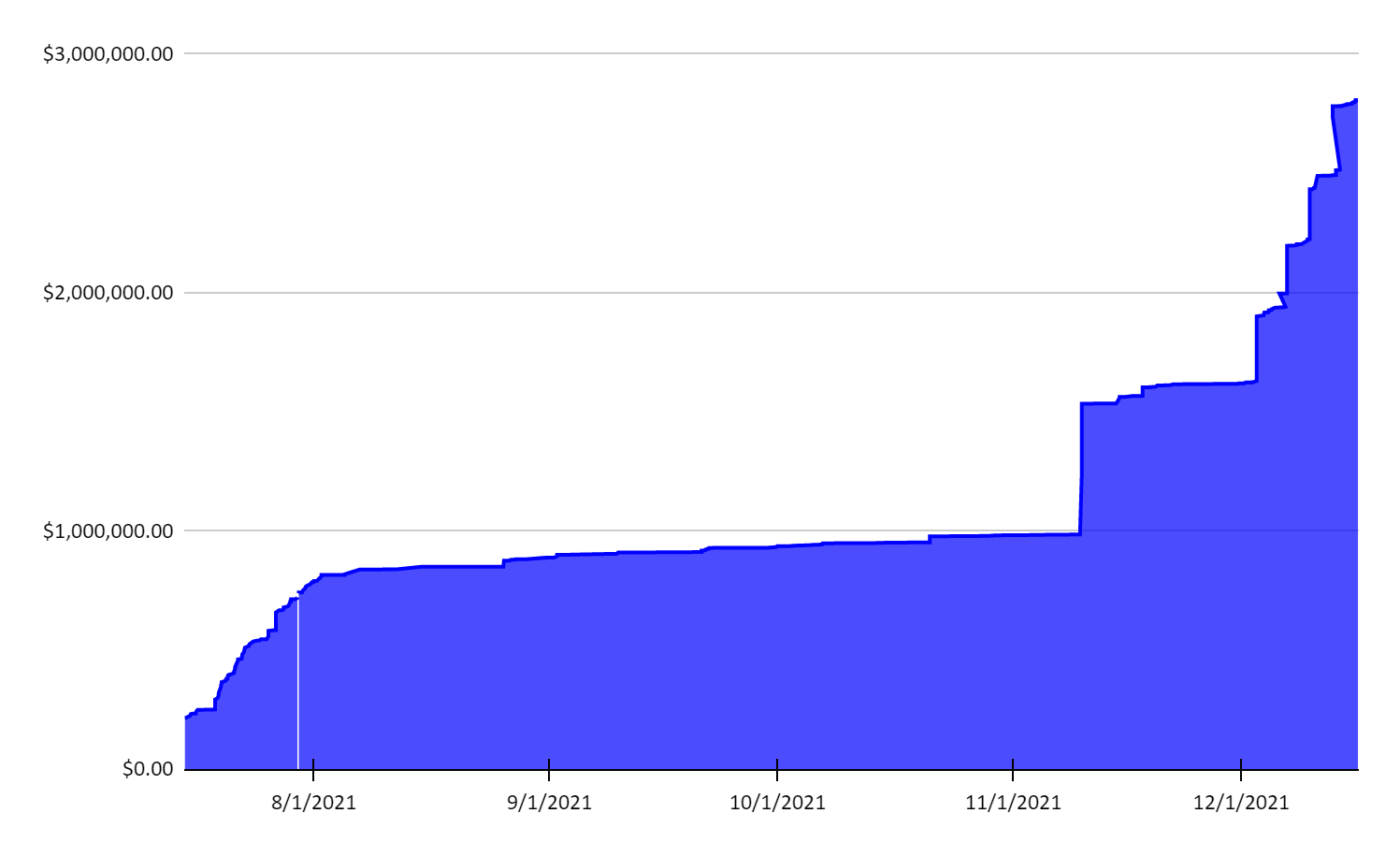 The chart below shows the cumulative total donations and pledges by day during the Hockey is the Goal fundraising campaign. 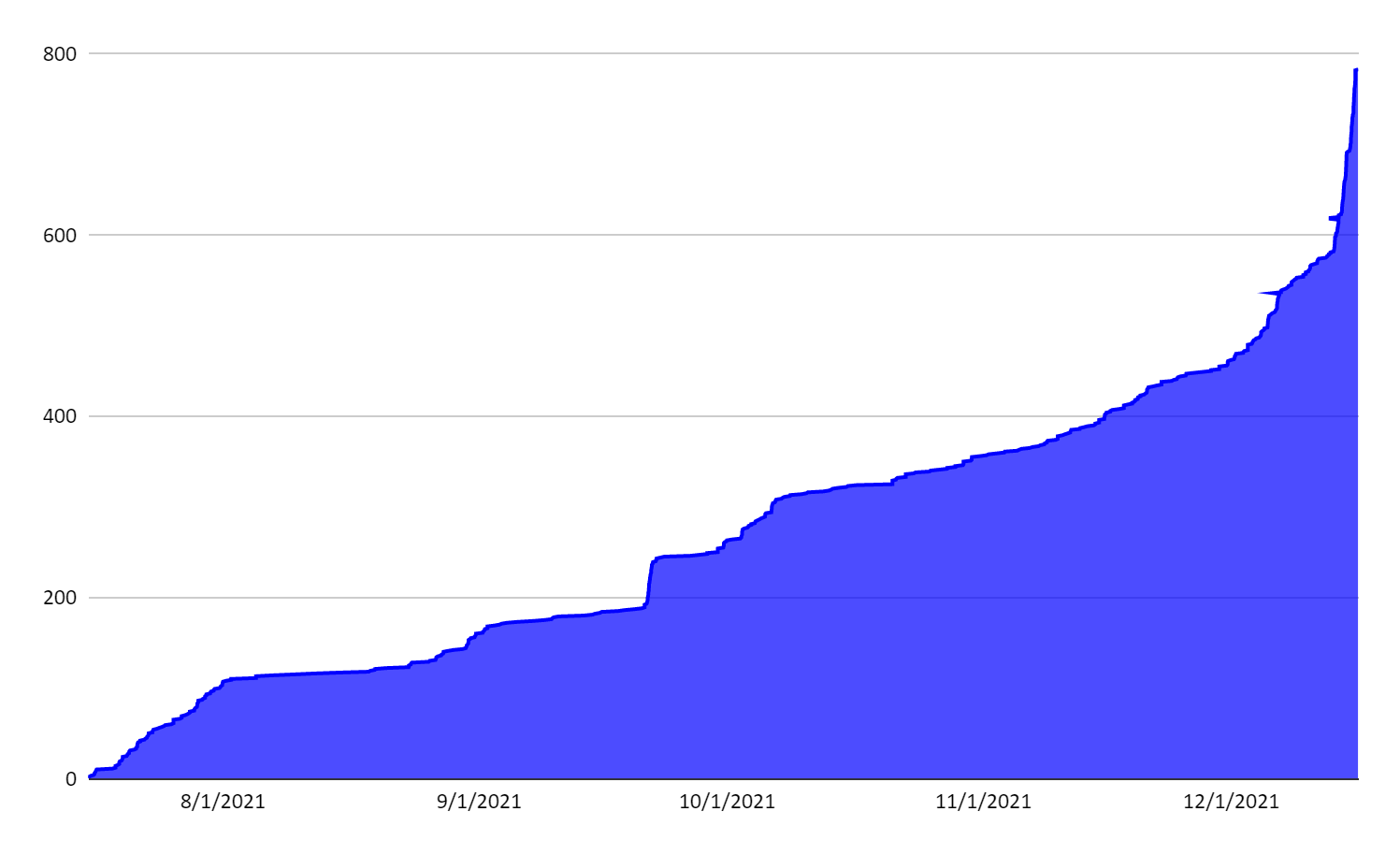 Contact Coach Schooley to Start Your Journey to Being a Colonial